Cats just love toys with the smell of a simple plant - catnip. Some pets fall into euphoria, similar to the reaction to valerian, others react more restrainedly. But there is little in the world of cats that would be indifferent to the smell of the cat. 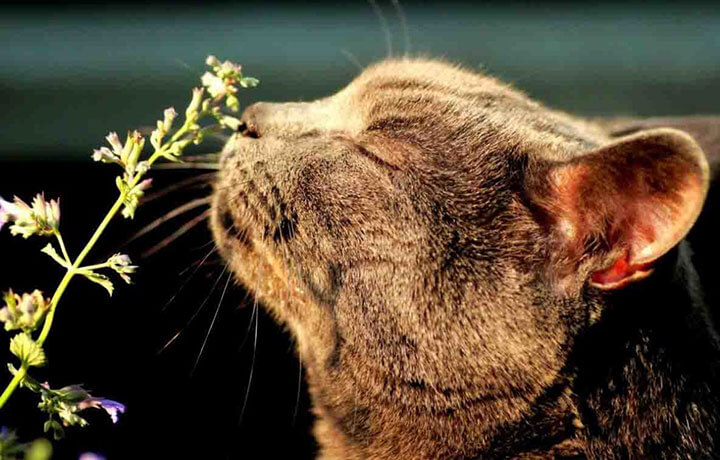 Catnip for cats and cats is used as an aroma stimulus (inducement to play, physical activity, awakening of appetite) or sedative (during sexual hunting or severe stress).

Safe stimulus: seals without drugs
Smells and generally the chemical composition of substances for cats is much more important than any other characteristics. So the smells of valerian and catnip apply to our pets toning. What is catnip is known to every purr since childhood - most of the cat toys sold are sewn this fragrance.

Can I give mint to a cat?
Beginning kotovody believe that catnip is something so narcotic. Not at all. Addiction (ie, development of immunity) is possible, but there can be no question of "drug addiction". The observed behavior is a momentary result, and not a pernicious addiction.

In the case of valerian, the effect can still be devastating, since overdose leads to overexcitation of the nervous system and loss of control over behavior.

Did YOU KNOW? If you give a brief description of what catnip looks like, you can say that it looks like nettles. Both herbs are relatives of lemon balm and mint.

By the way, the usual peppermint for cats is not attractive. Is that sometimes - for individual gourmets. But the cat was called so not without reason: for a man he is not interesting, and cat attracts in most cases. This is a safe plant, the delicate aroma of which has a mild, slightly intoxicating effect:

Through the olfactory receptors, the aroma enters the body - directly to the hypothalamus, which is responsible for the behavior. Hence - such a rapid and directional influence;
The effect lasts 10-15 minutes, while valerian catches the cat for several hours;
There is a more pronounced hypnotic effect compared with valerian. The stalking pet does not react to the smell again. Immunity persists for 1-2 hours.
Another interesting thing: What kind of grass do cats like

Approved by professionals
Experts believe that the use of aromatic stimuli is an effective method in training and correcting the behavior of cats. Sometimes an animal needs to be concentrated on a certain place or an object, to form positive associations with it, for which the cat's mint fits perfectly:

In complex cases, for example, when dealing with aggression, it is used as a sedative;
As a phytocomponent - in the correction of uncleanliness and destructive behavior are effective valerian and catnip (for which you also need complex behavioral therapy, and the course of re-education);
With the help of a cat it is good to accustom a cat to scratching. 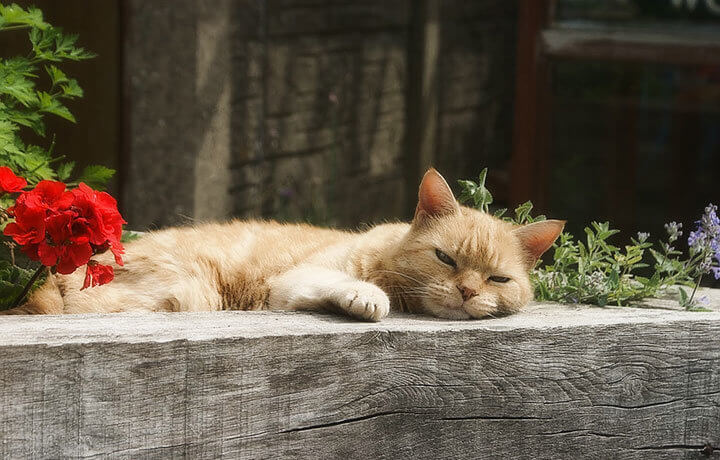 If your cat needs a catnip, look for it in the nearest wasteland: this freely growing plant can be found in almost any region. And if there is no time (or knowledge) for searching and preparing, the dried herb of the cats is always sold.

Grass, which is sold in the bird market, can be even more dangerous than collected alone

It is best to look for it not on a lawn on a photo from the Internet, but in a pharmacy or a specialized store. And you can grow such grass yourself on the windowsill all year round.

Observers and researchers argue that this herb for cats causes them to have slight hallucinations, so cats so dramatically change their behavior. The reaction is the same for mint greens, and for plant stems.

The behavioral response to the smell depends on the hormonal status of the animal. Therefore, most of the immature cats do not react at all to pheromone pheromones. These substances do not act on people either.

Did YOU KNOW? Even before the beginning of the first estrus, one can diagnose its approach and the growth of the hormonal background with the aid of a bundle of catnip. 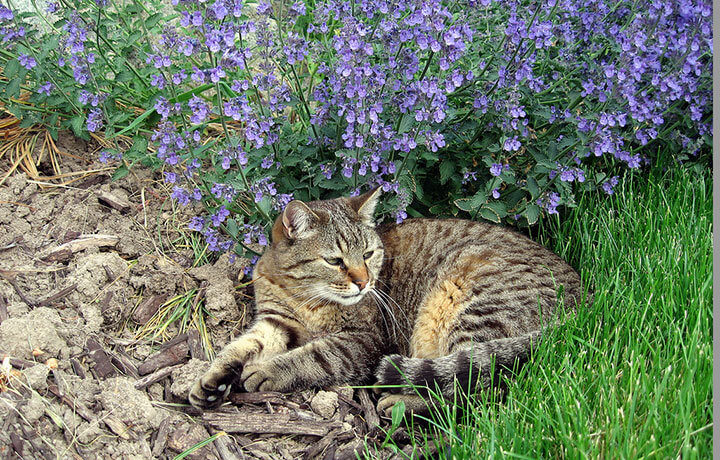 How to apply?
First, not more than once a week for several minutes. Secondly, not in its pure form. It is best to serve the fragrance through the object:

Withstand sewn toy in broth and dry well;
To process a toy or a scribble with essential oil (1 -2 drops);
Sew inside a toy or put in a linen bag a bit of natural dry greens;
Rinse the litter after washing with a light mint solution.
Still something interesting: Everything about sedatives for cats
Giving grass in its pure form is also possible, but to observe the individual reaction:

If the plant is grown on a windowsill - to limit the eating of eating greens;
A day later in the meal, you can pour a pinch of crushed dried leaves.
In any case, it is desirable that the phytoprocedures are approved by the veterinarian. 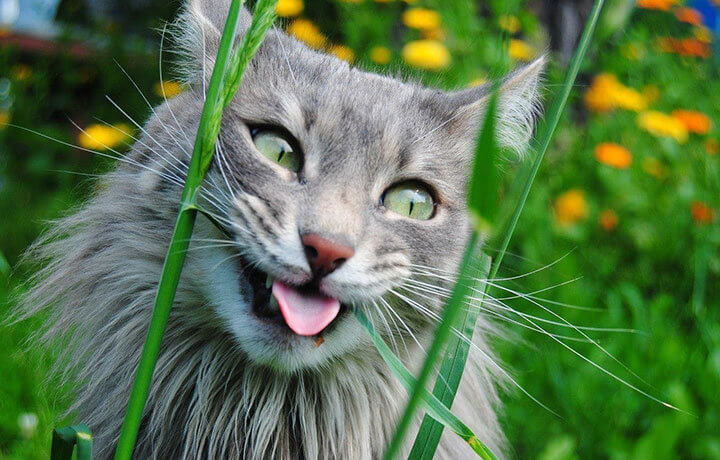 Safety precautions
Light effect or not, but it's still a mental effect. The nervous system has the ability to deplete both under insufficient loads, and when excessive.

In the first minutes of contact, the cat makes an excitation reaction in the animal. Nerve fibers come to a state of complete readiness, tone. In a few minutes this effect is replaced by inhibition and accompanying drowsiness. If these processes occur infrequently, then they act on the nervous system as sports training on muscles - strengthening.

IMPORTANT! Both excitation and inhibition are active processes of the nervous system. They are equally destructive when their intensity is too high.

Therefore, avoid using catnip too often (why abuse?). For digestion, it is not dangerous, but constant uncontrolled application will lead to a decrease in efficiency and the development of a pet "immunity" to the smell of a cat. And do not rush to reproduce at home the behavioral correction schemes - any description contains only general recommendations that are ineffective without individual techniques.

For some reason, it is commonly believed that sedatives are in themselves a cure for hyperactivity and aggression. In fact, they only help the nervous system to come to a state more positive, relaxed, receptive to other influences. Because of mint with cats, amazing metamorphosis occurs. It is during the period of the herbs that you must especially diligently engage in the exercise of positive traits in the pet, and the necessary program will be recommended by the behaviorist (zoopsychologist).