Cats are creatures with developed psyche and flexible behavior. They inherit different types of temperament and acquire different characters. Of course, people often like affectionate and sociable pets, but in fact among cats there are also very troubled creatures. And in some cases, cat anxiety requires the appointment of sedatives: drops, tablets, infusions, etc. 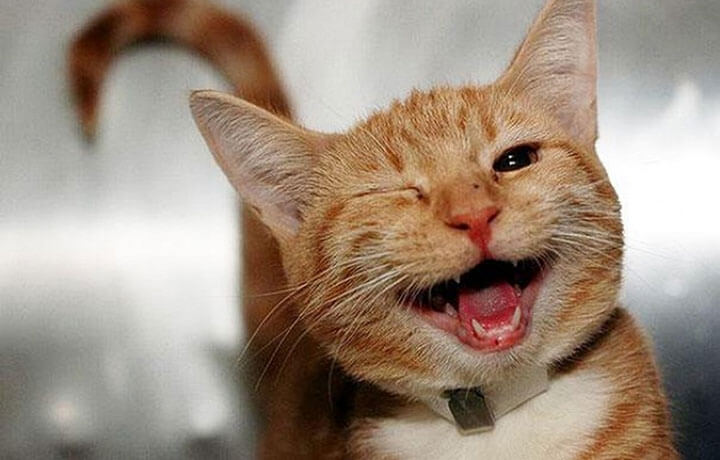 Pharmacology response to behavioral problems
Neuroleptics, antidepressants, psychotropics, psychotherapeutic drugs - this is not all groups of drugs that can be prescribed by veterinarians to correct the condition of the cat. To simplify the doctors call them in a more understandable language - sedatives for cats. The essence of their action is the blocking or alleviation of the passage of nerve impulses due to the control of chemical reactions in the nervous system.

IMPORTANT! The use of neuro-drugs can lead to irreversible organic disorders and mental problems.

The sedatives for cats can be divided into two important groups: veterinary drugs and medicines not certified for animals. Preference, of course, should be given first, but human means can help the pet.

The necessary substances can be contained in the most simple and familiar drugs (Stop-Stress, Kot-Bayun, Vet-Tranquil, Leonurus). But this does not give the owner the right to make appointments on his own. 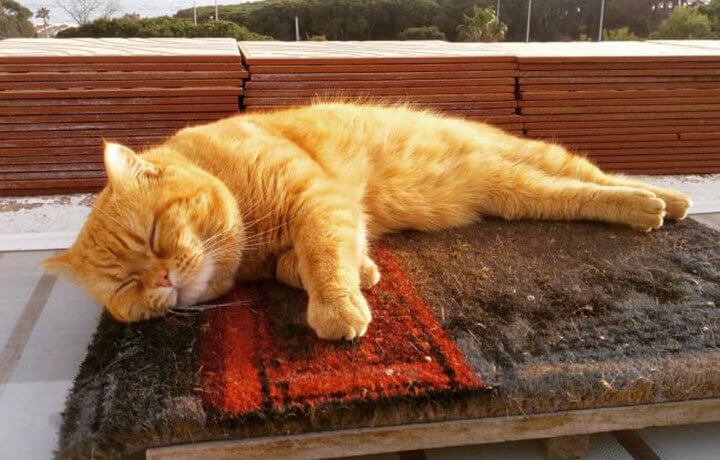 Antihistamines
Itching and other sensations trouble and frighten pets, forcing them to run, hide, scrape and defend themselves. The appointment of antihistamines is justified by the results of a blood test and with pronounced signs of an allergy on the skin. Side effects (mild hypnotic and sedative effect, the effect of urinary retention) are also used in behavioral correction.

Tranquilizers
Soothing for cats contains substances of this particular group. In microdoses, they are almost harmless: they reduce spontaneous activity, they struggle with situational anxiety. As a side effect have a sedative effect (but it is not a sleeping pill for cats!), So the correction of the behavior of aggressive cat, which requires training and development of conditioned reflexes, it is preferable to use anxiolytics.

IMPORTANT! Tranquilizers are not used in the aggression, as they require long-term use, which is fraught with the development of side effects of the cardiovascular system and respiration.

Soothing means of this group are good for infrequent short-term use. For example, for transportation, catching, carrying out veterinary procedures. A diazepam, is popular in the correction of labeling. 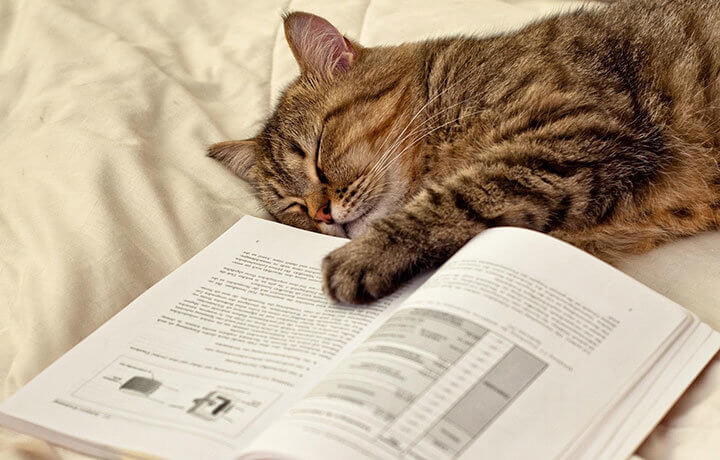 Anxiolytics - from anxiety
They are better than others fighting anxiety disorders in cats: anxiety, sleep disorders, self-harm, defensive aggression, appetite problems and moods, phobias. These medicines are shown during social aggression and aggression of undiscovered nature.

Buspirone;
Prozac (fluoxetine).
Antipsychotic substances
In the list of indications: mood swings, manic-depressive psychosis, schizo-affects and depression. This is the most effective group of drugs against aggression. Where sedatives only temporarily weaken reactions, and stop stress temporarily reduces anxiety, antipsychotics do help cats get rid of self-harm, suppress aggression, and find a vital harmony.

Azoleptin, Clozaril (clozapine);
Parlodel (bromocriptine).
Still something interesting: Catnip is a natural safe sedative for cats
Anticonvulsants
The more famous name is barbiturates. Appointed when there are neurological pathologies that cause aggression and deviant behavior. Have a negative impact on thinking. In medicine, they are no longer used, but cats are sometimes prescribed, although they cause the strongest tranquilizing effect. 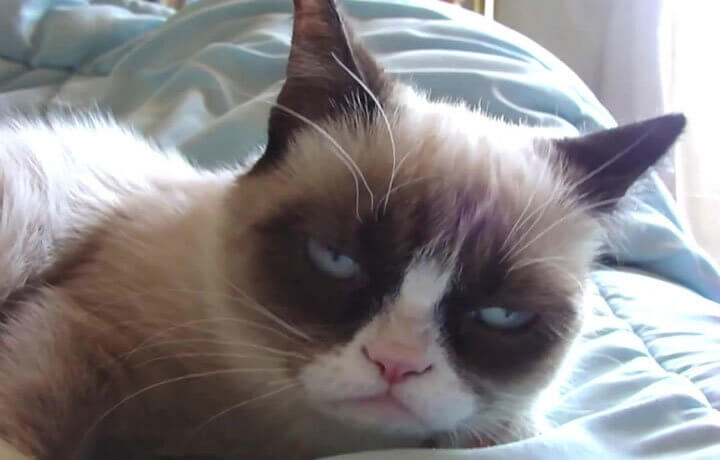 Sex hormones (progestins, estrogens)
When the cause of aggression is the action of hormones, you can achieve positive dynamics only by restoring the hormonal balance. Therefore, an appropriate blood test is required. Progestins and estrogens are used as sedatives and inhibiting stereotyped sexual behavior. The general motor activity thus does not suffer.

Progestins reduce aggression and labeling in cats who have not been helped by diazepam. But in females in about 6% of cases, megestrol caused an increase in mammary glands. Hormones are also contraindicated in diabetes. Modern research proves that it is better to use anti-anxiety drugs to treat aggression, and to apply to the progestins last.

Depo-Provera (medroxyprogestron)
Ovaban (megestrol)
Psychostimulants
Paradoxically, in truly hyperactive, anxious and aggressive animals, it is psychostimulants that cause a sedative effect. Short-term use increases motivation, learning ability and helps to cope more easily with behavioral problems.

Antidepressants
One of the last means, which should be resorted to. In veterinary practice, they are assigned to cats to increase concentration, in aging animals, to correct fears and related aggressiveness. Effective in the treatment of panic attacks of phobias, with attention deficit disorder. 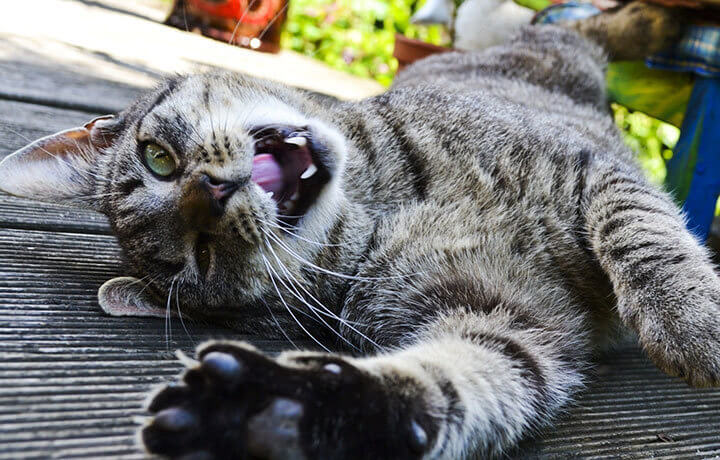 About the safety of treatment

In veterinary pharmacies, several popular drugs can be found on a free sale (Stop-Stress, Kot-Bayun, Contra-Sex). They are all relatively safe for home use. But in cases where the behavior of the cat is running and brought to the limit, can not help. Visiting a veterinarian and clinical tests is the best thing to do for a mentally ill pet, and sedative drugs and sleeping pills for cats can be postponed until better times.

Before prescribing any medication that affects the brain, it calms or tones, it is necessary to exclude contraindications:

Age restrictions. Particular care must be taken with kittens and aging pets;
Special conditions: pregnancy, lactation, estrus. Against the background of a change in the level of hormones, the active substances can give an unexpected effect;
Disorders of metabolic processes, renal and hepatic insufficiency, cardiovascular problems.
Drug forms of the preparations can be different depending on the active substance and the dosage features:

soothing pills (veterinary tablets for cats - smaller);
soothing drops for cats;
powders;
injections;
Special solutions that can be filled into a repellent spray.
IMPORTANT! When aggression in a cat, be sure to contact your veterinarian. Different types of aggression "interact" with sedatives in different ways. Sometimes neuroleptics and psychotropics cause an increase in aggression.

Some medications, for example, motherwort, are released in drops, and in tablets - which is more convenient. Reading the instructions and following the prescriptions of the doctor will help you decide which tablets to give at night, and what to soothe the cat during the day, what substances are safe for the kitten, and which are not suitable for aging pets. 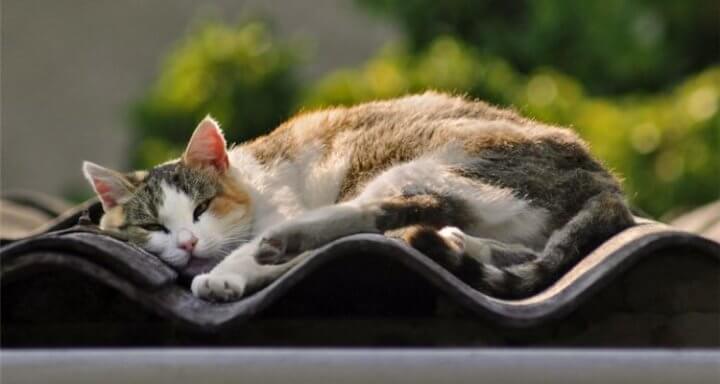 Many reactions of cats - are normal, peculiar to them as a species. Various forms of aggression, anxiety, "fits" of rabies - all this would be the norm if the cat lived outside the human house and family.

Something else interesting: Kanikvantel for cats instruction
Prerequisites for behavioral disorders
Modern research shows that most of the complaints about "inadequate" behavior of pets are associated with thoroughbred animals. Experts suggest: this is due to the fact that it is the breed cats who have to spend their lives in a closed space without the possibility to realize wild energy, species genetic, essence.

No matter how pure the breed, in it at the level of DNA there are the instincts of the hunter, the owner of the territory, the parent and the independent personality. If someone encroaches on cat's shrines, the cat actively defends itself. Forms of such defenses may be different:

Anxious behavior (meowing, scratching, mobility, territory marking, spilling, self-harm, etc.);
Sleep and wakefulness disorders;
Aggression (bites, scratches, assault or defense);
Apathy, deep depression.
The reasons may be different, but more often lie in the imbalance between people's lives and the natural needs of a cat. For example, howling and physical activity during the estrus is absolutely normal for the female. Night racing around the house is also natural for a hunter. And even the strange behavior during stress corresponds to the natural norm.

Would the cat agree to become homely if she knew that it was being planted for tiskanya or as a toy for children? Do you want a cat to be deprived of claws or teeth, surgically cut off all ways to reproduction? 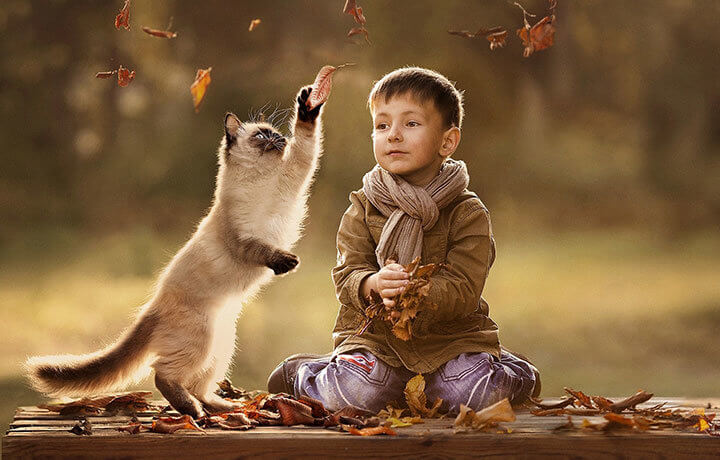 Build a harmonious relationship
Correctly brought up cat does not suffer from the limitations of its natural instincts, as it receives compensation in games, communication, research and physical activity. But the main mistakes that lead to the fact that of the cute kittens grow clawed and toothy house tyrants:

Unsocialization. Lack of information about the surrounding world causes a natural reaction - fear. Not without the efforts of a person, fear can turn into a phobia. And then there are shoots, and aggression, and depression;
Lack of experience. Growing up under a glass hood, the animal is defenseless before any external changes. Any stress immediately becomes destructive;
Obsessive caresses. Animals have the right to personal space, personal time, the preservation of the smell of their wool, etc .;
Bad games. What does the master teach the cat when he puts it behind his back and, with his hand playing the huge jaw, tremble the belly of the pet? When correcting aggression, it is necessary to say stop by any aggressive games;
Punishment. Punish more often for what has not yet been explained, or for what is the norm of physiology. Corollary - a protective reaction of the body and mind, distortion of behavior;
Lack of load. This refers to the physical and intellectual load. If sensory experience is impoverished, the animal suffers from an excess of unrealized psychic energy. How the cat "drops steam" next time - it remains only to guess.
The animal will not eat, drink, sleep, go to the toilet and all the more play and multiply until the basic, basic need is fulfilled - in safety. The instinct of self-preservation makes cats express anxiety, aggression and fall into depression.

Special drugs will help neutralize chemical reactions in the cat's brain and temporarily form a stop reaction, but a truly effective behavioral therapy will make harmonization of the relationship between the cat and her family. Owners need to transform their own behavior and change much in an environment to help a pet get rid of a psychological or mental problem.